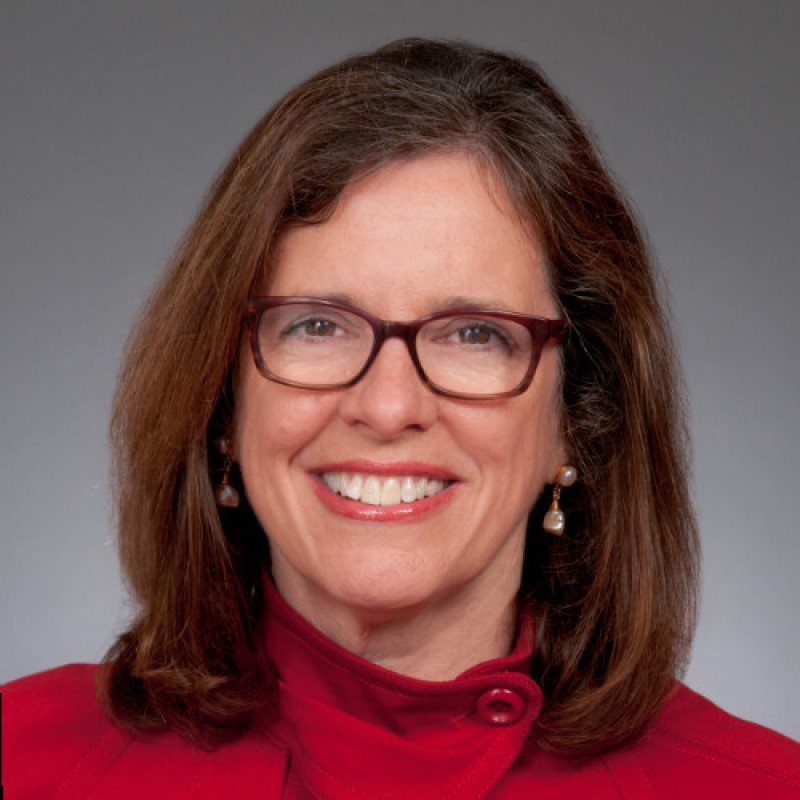 Ms. Mazzone came to the Center from Fidelity Investments, where she served as Deputy General Counsel and Senior Vice President, as well as COO for the fiduciary oversight divisions of Fidelity’s Asset Management business. Marty was a partner in Foley Hoag’s litigation practice in Boston, after starting her legal career at Latham & Watkins in Washington, DC. Prior to becoming a lawyer, Ms. Mazzone served as a policymaker and administrator in child welfare and juvenile justice state agencies and as Deputy Director for US Chapters for Special Olympics International. She is a member of the Board of Directors of Massachusetts Appleseed Center for Law and Justice and the Board of Trustees of Greater Boston Legal Services. 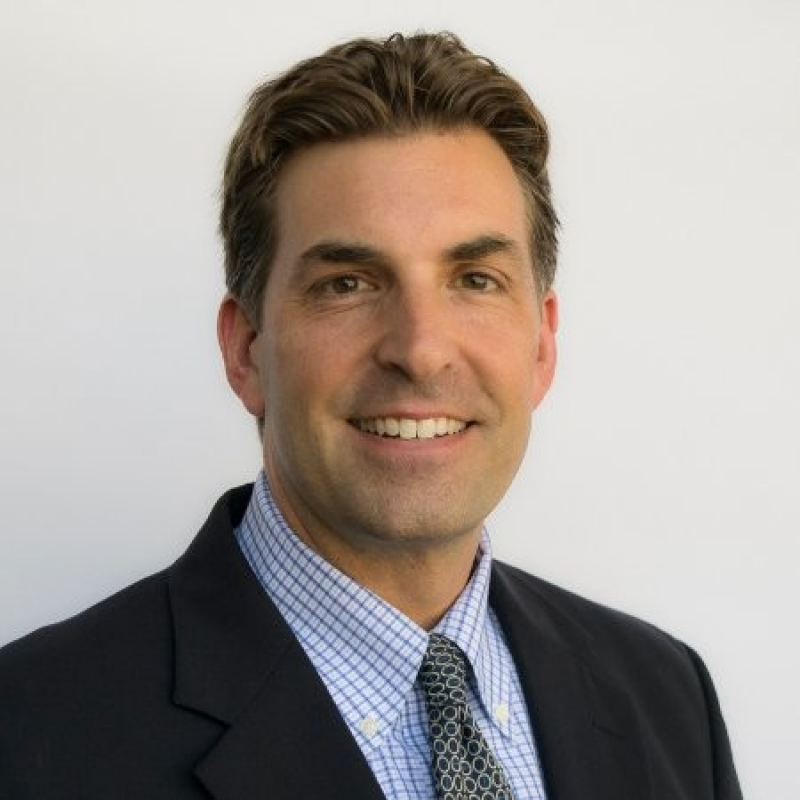 Chief of Design and Construction

David serves to oversee the transformation of the three historic buildings along Pennsylvania Avenue that will comprise the Center. Holding degrees in both Architecture and Fine Arts, David was previously the Director of Capital Projects and Planning at Babson College, a Senior Urban Designer the Boston Redevelopment Authority, and a practicing architect.

Throughout his career, David has successfully collaborated with diverse groups of people to find common ground, creative solutions, and consensus on complex development and design issues. He is passionate about, and motivated by, working with mission-driven institutions that help bring about positive change in the world and enhance the quality of life in the communities of which they are a vital part. In his free time, David volunteers on several non-profit boards and committees and is also a four-time Boston Marathon finisher and fundraiser for the Dana Farber Cancer Institute. 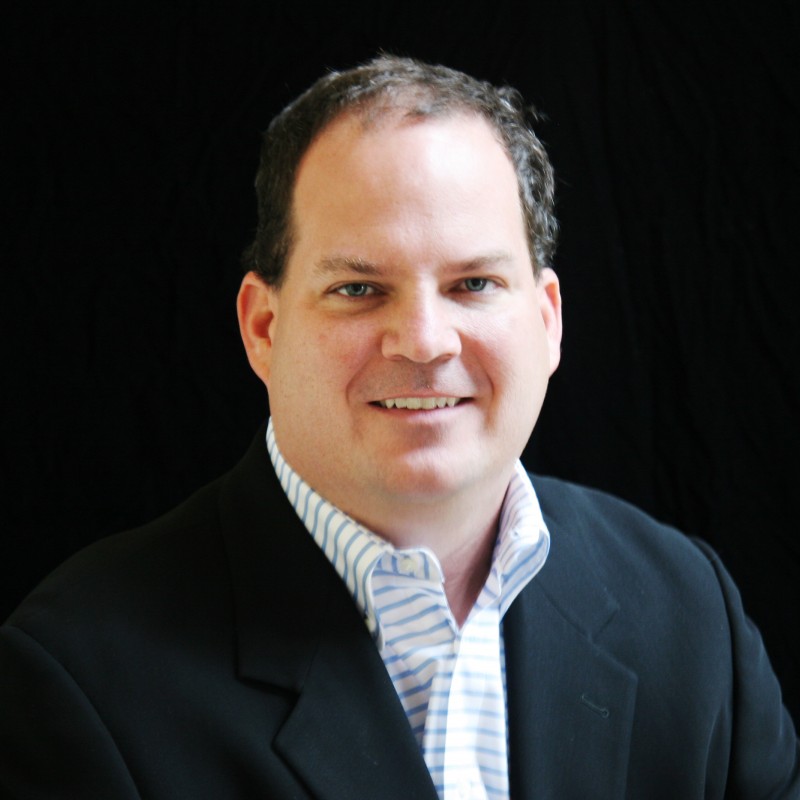 Micheal Flaherty is a writer and producer for films and podcasts. As a film producer for more than two decades, he has produced or overseen production on more than two dozen films that have grossed over $3 billion at the global box office. Flaherty began his film career when he co-founded Walden Media in his apartment with his brother Chip and his college roommate in 1999. Flaherty served as the President of Walden Media during its most successful fifteen years. Under his leadership, Walden developed, produced, financed and helped market a number of successful films including “The Chronicles of Narnia”, “Bridge to Terabithia”, “Holes”, “The Giver”, “Charlotte's Web”, and “Amazing Grace.”  Because of his love for education, he also was the Executive Producer of Sundance Grand Jury Award winner "Step," and "Won't Back Down," a feature film starring Viola Davis that was based on Op-Eds he wrote for the Wall Street Journal about educational inequality in our public school system.

Flaherty was honored by the Harvard Graduate School of Education as the featured speaker at its biannual Askwith Forum. He was also chosen to deliver forum addresses at a number of other colleges including Tufts, USC, BYU, Seattle Pacific and Samford University. He has served on a number of advisory boards including the Salvation Army and the Templeton Foundation. He lives in Lexington with his wife Kelly and their three children - Christian, Eileen and Reagan. Their family is rounded out by three dogs, two bunnies, and Cuddles the Cat who share Flaherty's love for Russian literature, heavy metal and video games. 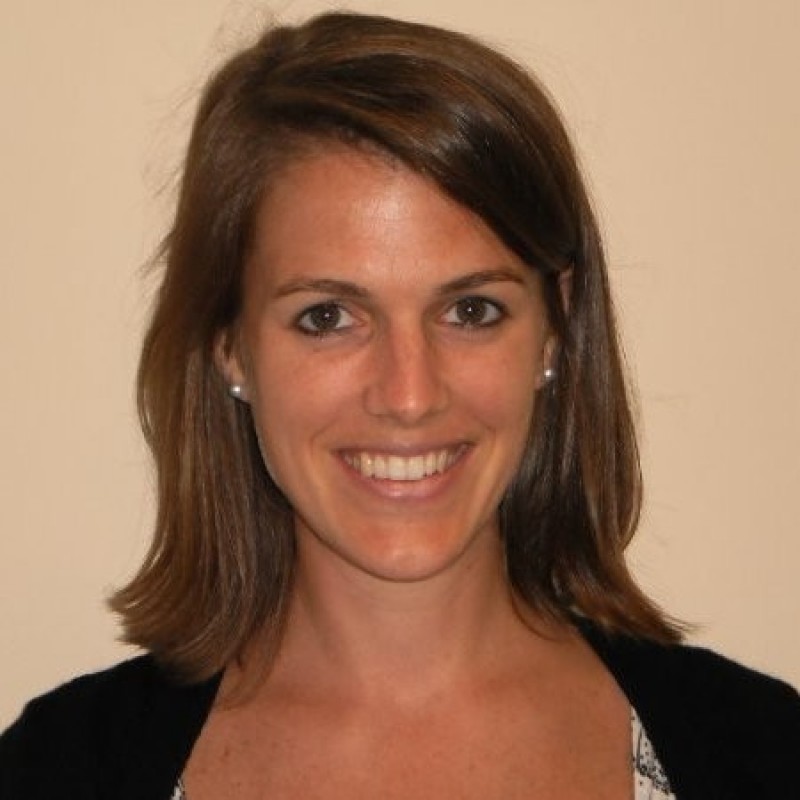 Ellett Toomey joined the Milken Center for Advancing the American Dream as the Director of Development, responsible for implementing a fundraising strategy to raise hundreds of millions of dollars over the next several years in support of the Center’s mission. She previously served as Director of Development & Strategic Partnerships at Fight For Children, a non-profit serving low-income student athletes in Washington, D.C. Ellett began her career at the American Enterprise Institute, where she managed a capital campaign to raise funds for AEI’s new headquarters. She holds her BA and Masters from the University of Virginia and her MBA from Georgetown University. 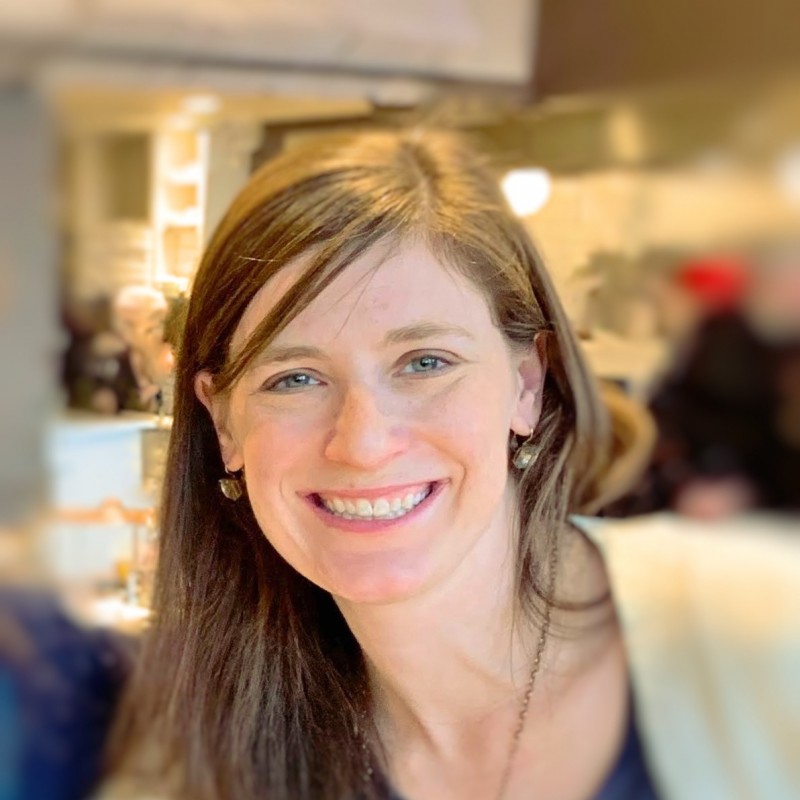 Emily Mitzner joined the Milken Center for Advancing the American Dream in October 2020 as Lead Curator. She is responsible for developing and delivering museum experiences and public programming surrounding the American Dream and its Four Pillars. Ms. Mitzner previously served as Vice President of Strategy at the Tenement Museum, managing expansive growth in digital outreach and broader storytelling across all mediums. She served as a key member of the senior management team, overseeing executive office staff and the IT department, and served as interim head of the Finance department. Prior to that role, she served as Museum Chief of Staff and facilitated the project team for the Museum’s capital renovation and new permanent exhibit. Ms. Mitzner holds her B.A. in Political Economics from Georgetown University. 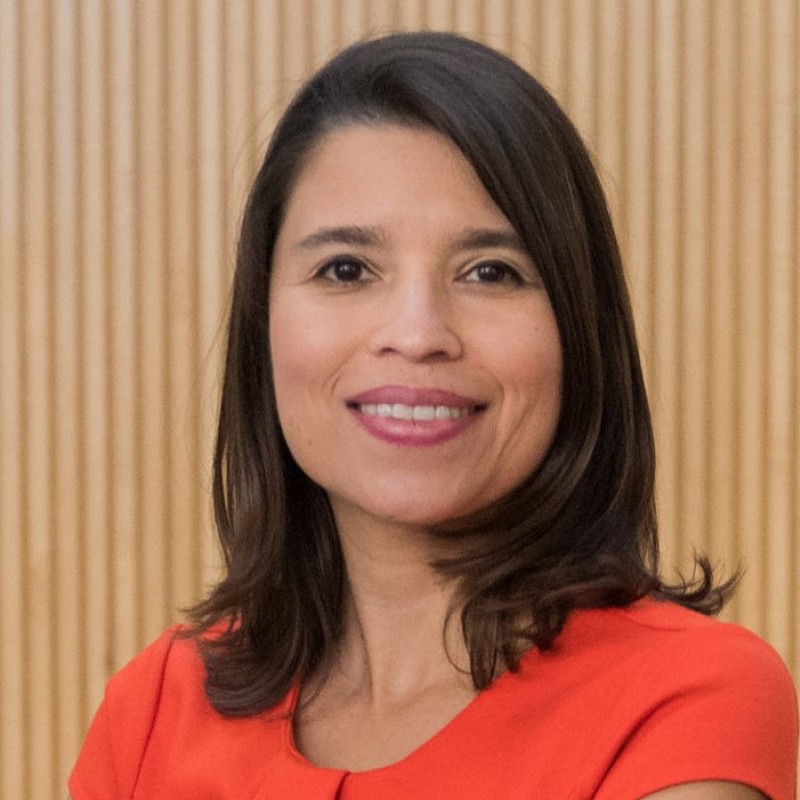 Marcela Correa joined the Milken Center for Advancing the American Dream in July 2020 as Director, Operations and Programs. Her responsibilities include strategic planning, project development and coordination with Milken affiliate organizations, and operational support for MCAAD’s online programming. She will also assist with the planning for and restoration of MCAAD’s historic Visitor Center to open in 2023. Marcela has a wide range of experience in strategy, operations and construction. Previously, she ran her own real estate investment company for seven years, and served as Director of Operations for CARANA Corporation, a boutique economic development consulting firm with activities in 25+ countries.

Marcela is a proud alumna of the Milken Scholars Program. She holds her AB from Harvard College and an MS from Georgetown University’s School of Foreign Service. 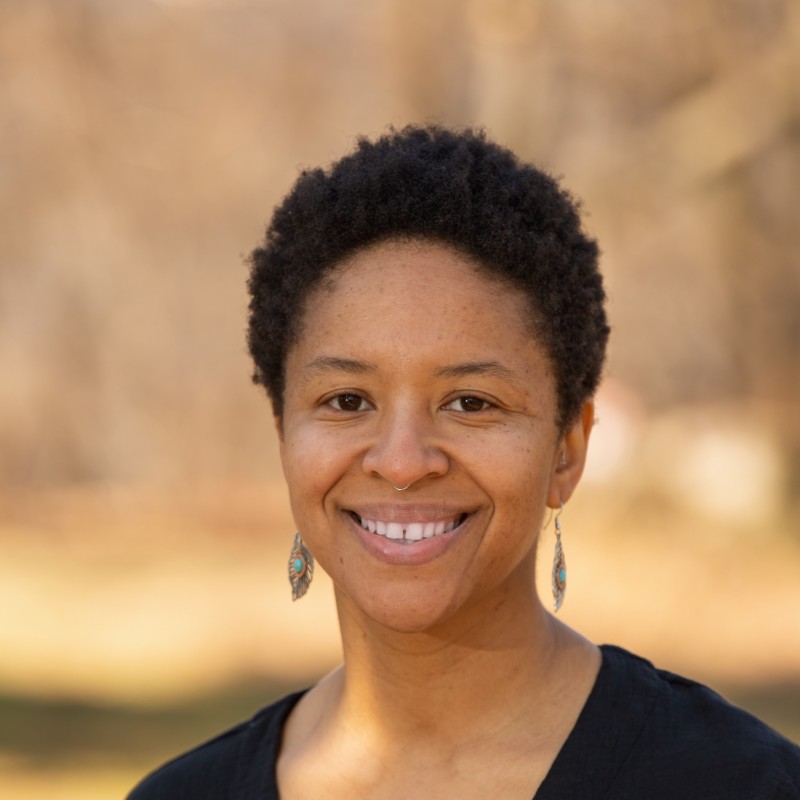 Prior to joining MCAAD in March 2021, Jamara served as a Digital Content Producer and Professor of English. She has bylines for Wear Your Voice, The Root, Shondaland, and Zora Magazine. Originally from Boston, she graduated with honors from The New School for Public Engagement in New York. She earned her M.A. in Performance Studies from NYU’s Tisch School for the Arts. She received her M.F.A. in Creative Writing from The Pratt Institute’s Writing & Activism program. 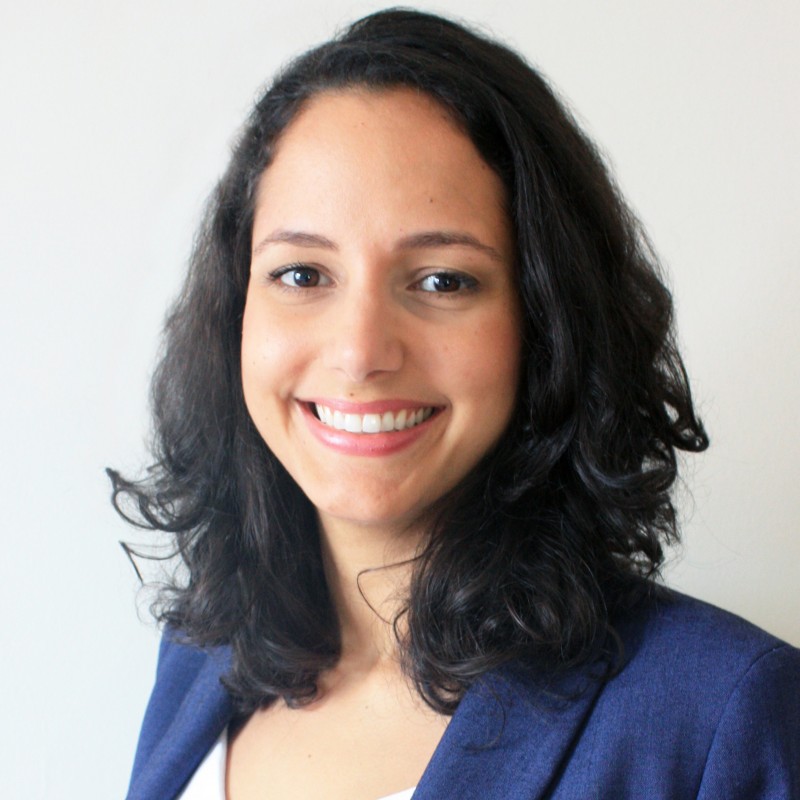 Gabriella Aguirre joined the Milken Center for Advancing the American Dream in November 2020 as Senior Project Manager. In her role at MCAAD, she facilitates the planning, design and construction of the Visitors Center, and the contiguous buildings that comprise our Washington, D.C. campus. Previously, she served as project manager and architect overseeing the creation of higher education, institutional and corporate workplace projects throughout North America. Originally from Puerto Rico, Gabriella holds degrees in Architecture from the University of Puerto Rico and the University of California at Berkeley. 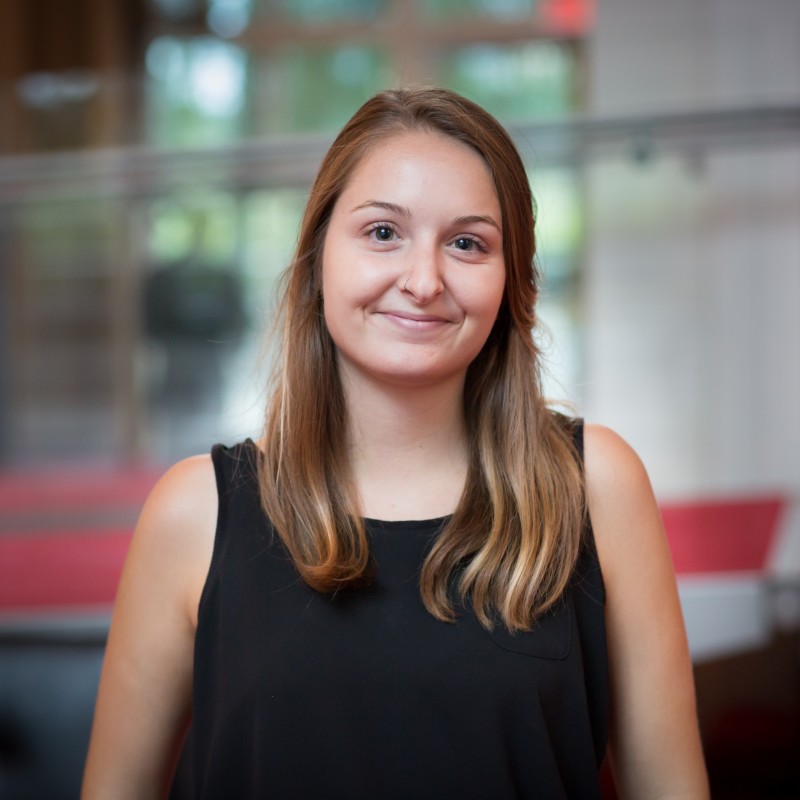 Sydney Krieck joined the Milken Center for Advancing the American Dream in June of 2020 as the Strategic Partnerships Associate. Prior, Sydney managed Special Projects at the John F. Kennedy Center for the Performing Arts, where she focused on a variety of center-wide initiatives, including the re-design of the Internship program, the Citizen Artist Fellow Program, and most notably, managing the opening of the REACH expansion space. Originally from a small town in New Jersey, Sydney studied at American University and holds B.A. degrees in Music and Anthropology. 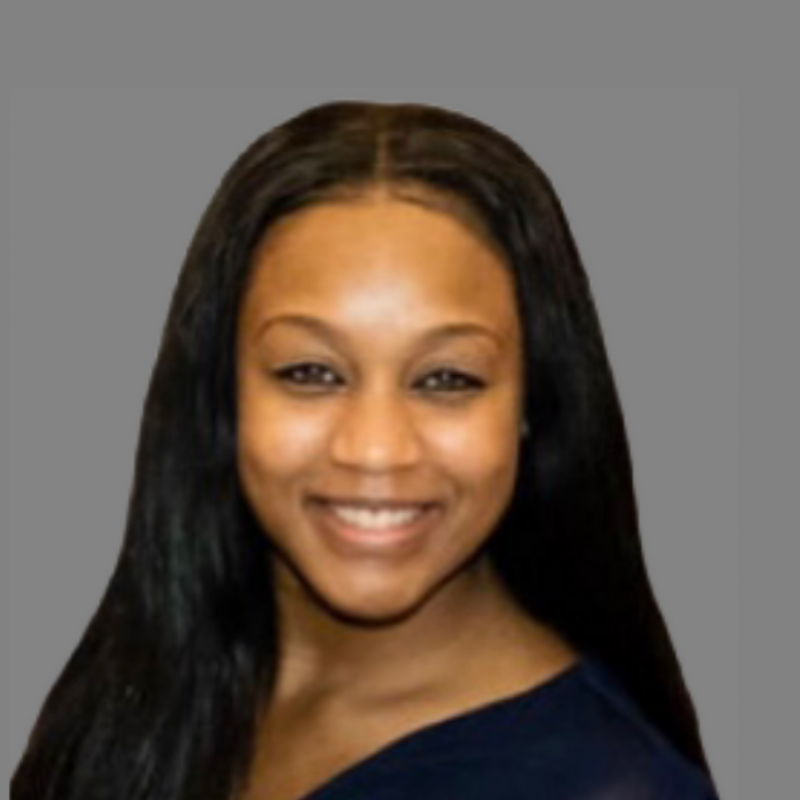 Prior to joining MCAAD, Alicia managed a series of marketing and business development projects, including operation strategy for veterinary and legal corporations in Philadelphia. She holds a B.S. in Biology and Clinical Laboratory Science with minors in Chemistry and Natural Science from Neumann University. Alicia is pursuing her Executive MBA in Global Business at Saint Joseph’s University. She is a first-generation American whose parents immigrated to the United States from Jamaica. She loves animals and remains an active volunteer in animal rescue. 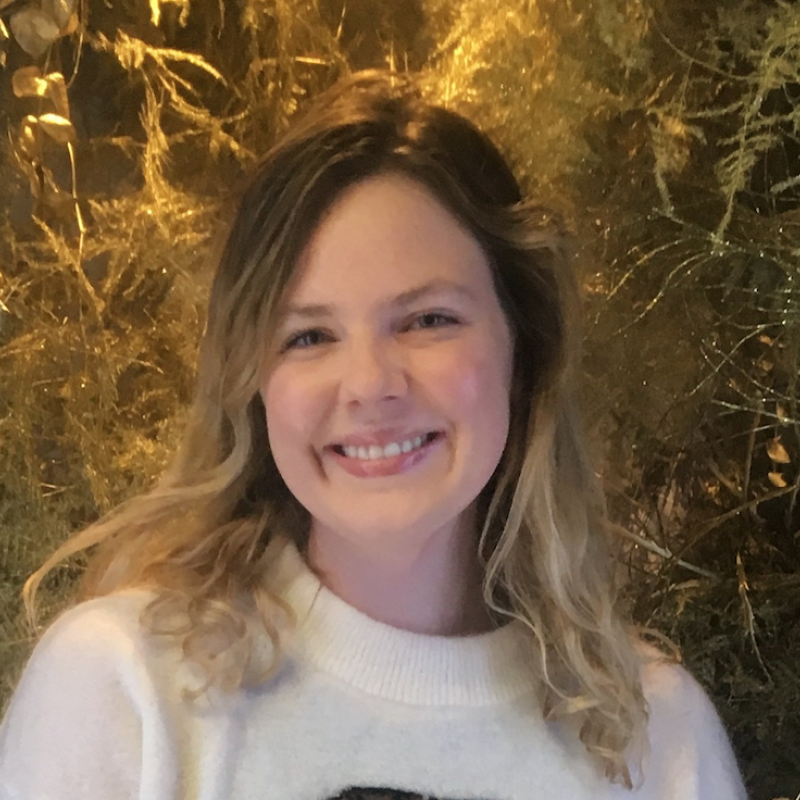 Catherine joined the Milken Center for Advancing the American Dream in March of 2020 as the Assistant the President and manages our social media and blog content. Prior to joining the team Catherine worked in youth leadership programming for a non-profit in her hometown of Chicago. She holds a B.A. in English and Art History from American University and an M.A. in English: Issues in Modern Culture from University College London. 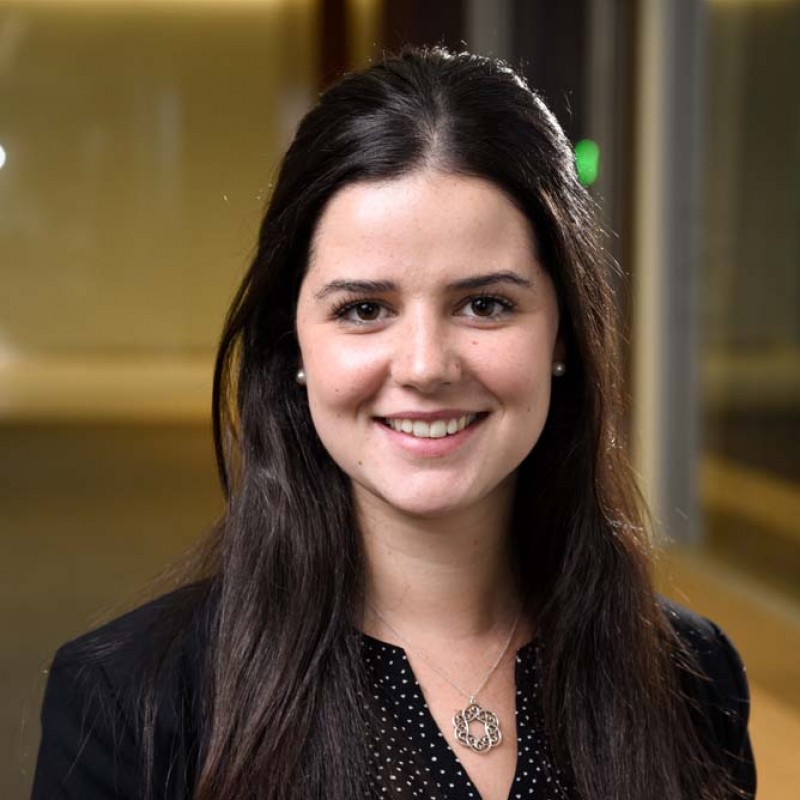 Isabel Connelly joined the Milken Center for Advancing the American Dream in March 2020 and serves as the Development Associate. Prior, Isabel worked at Heidrick & Struggles, an executive search firm, where she helped place C-suite executives and board members in the non-profit and education industries. She holds a Bachelor of Arts in Government from Georgetown University and is a dual Spanish-American citizen. 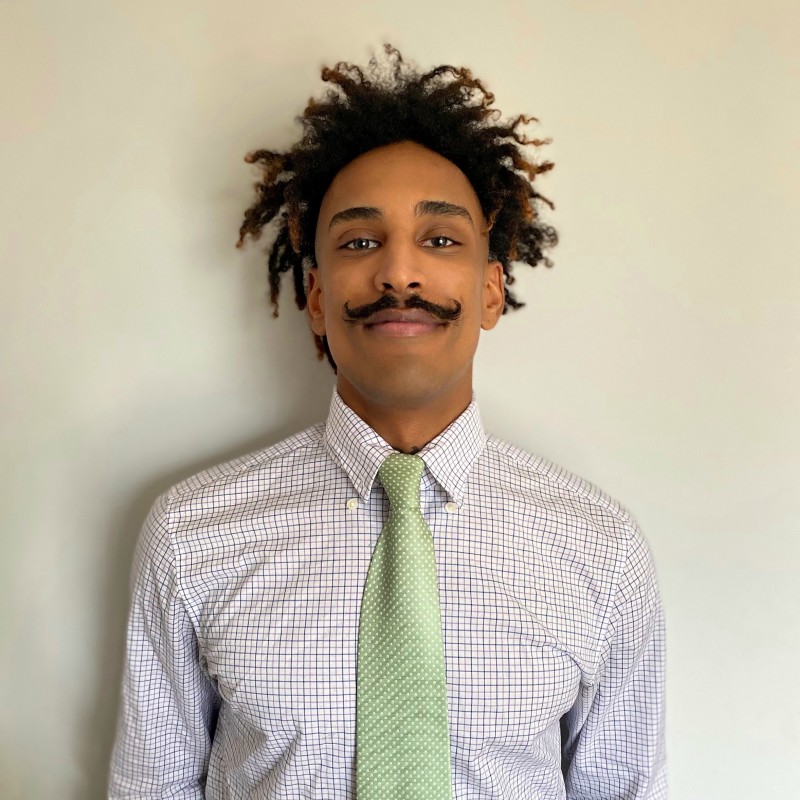 Zak joins MCAAD from the University of Alabama. He assists with developing operational systems and procedures. While majoring in Accounting and minoring in Computer Technology and Applications, Zak studied IFRS accounting at both the University of Ghent and the Charles University of Prague. At Alabama he participated in Division 1 athletics. Zak is originally from Alexandria, VA. Prior to joining MCAAD he worked at Summer Realtors as an Accounting Administrator. In his free time Zak enjoys art of all kinds, playing lacrosse, and meeting new people. 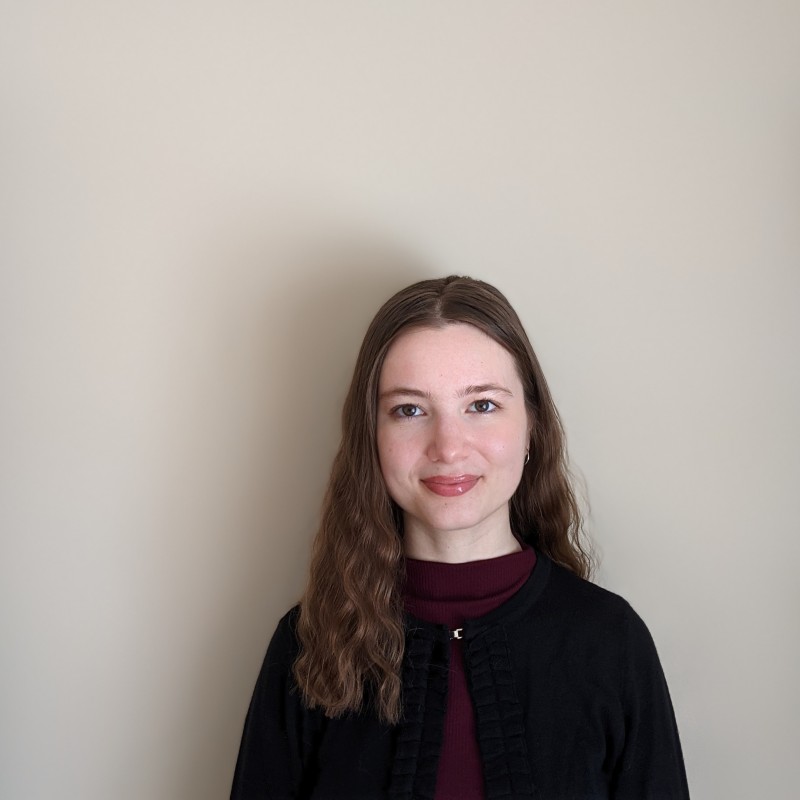 Assistant to the President

Ashley joins MCAAD as the assistant to Center President Kerry Healey. She grew up in central Connecticut and is very proud of her Polish-American heritage and is passionate about history and international relations. Ashley has a BA from American University in International Studies and an MSc in Media and Communications from the London School of Economics. 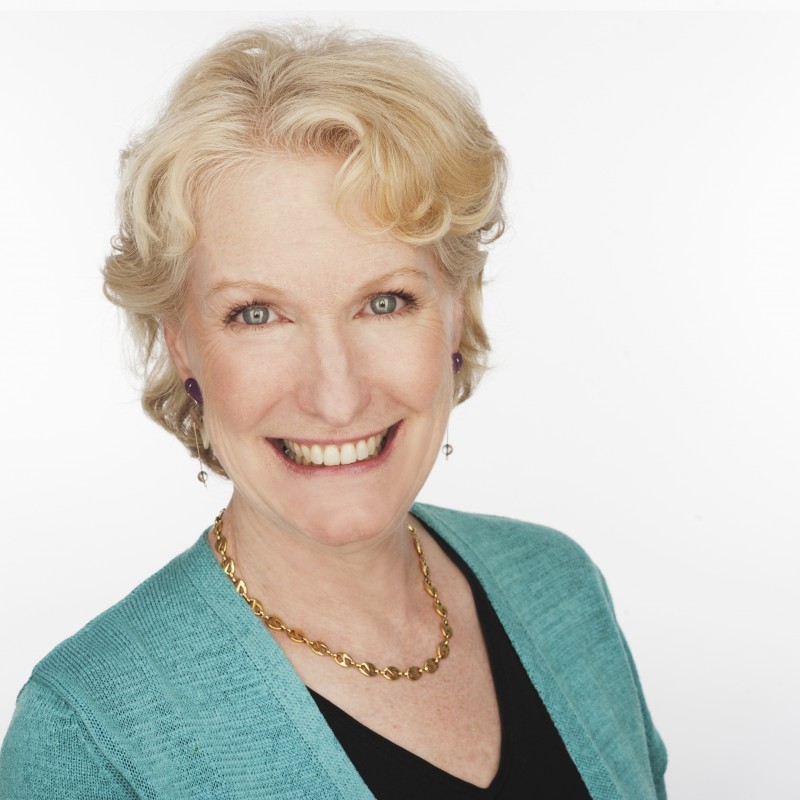 Terry Walsh Roberts joined MCAAD in November 2019 and has focused on building out our most important resource— our staff! Terry first came to Washington, DC as a Presidential Intern, then went into the private sector and spent over 20 years in commercial real estate finance before turning her attention to non-profits as a management consultant. She has a BA in Economics from Knox College and an MPA from the Maxwell School at Syracuse. She loves finding, recruiting and cultivating talent. 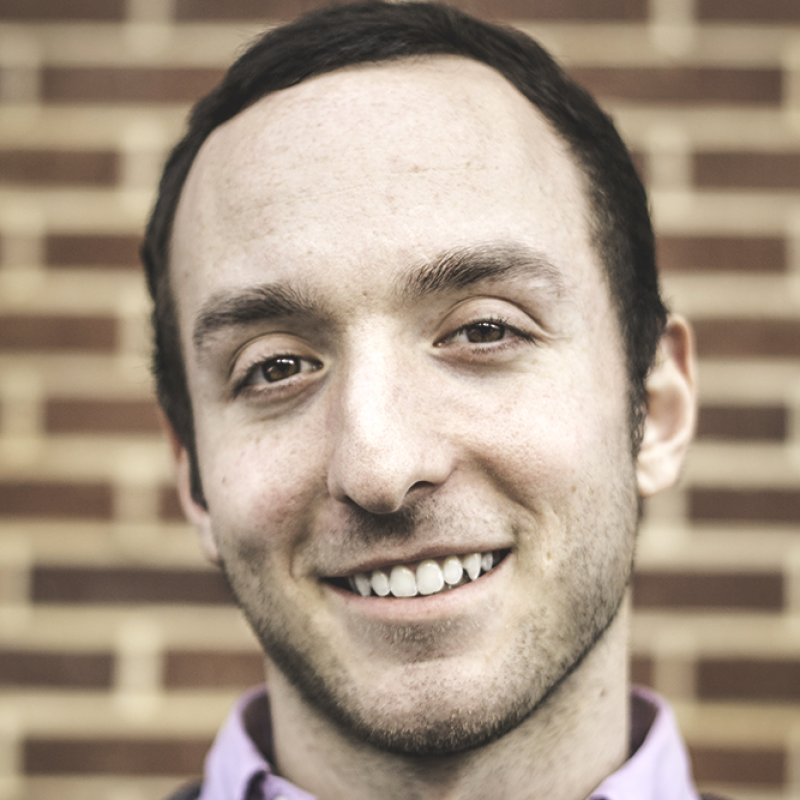 Andrew is the Executive Producer and Host of The Global Startup Movement, a podcast providing insight into emerging market tech and innovation industries. Since 2016, Andrew has traveled the world providing leading editorial coverage of entrepreneurship worldwide and has co-produced content with leading global brands ranging from Airbnb, the BBC, and the Kering Group. Andrew was named a 2016 iTunes #1 New and Noteworthy Technology podcaster and the content he produces is syndicated by one of Africa's largest English-language news publishers. 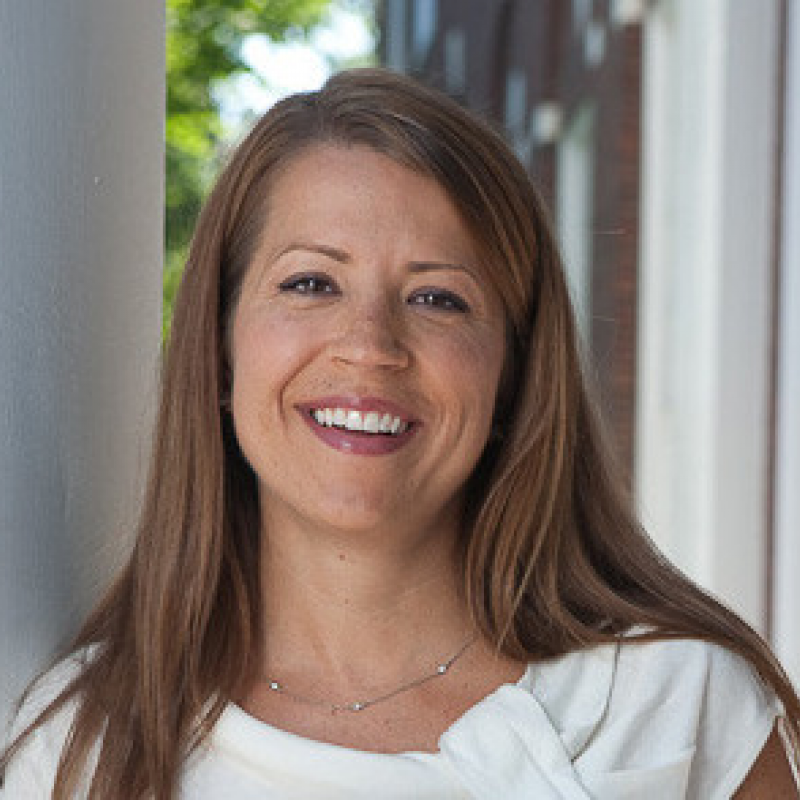 Upon joining the Milken Center for Advancing the American Dream in October 2020, Katie assumed responsibility for the American Dream Advisory Council and manages a variety of the Center’s communications needs. She was most recently the Senior Director of Alumni Relations at Harvard Business School, where she spent sixteen years in a variety of leadership roles across the institution. She is passionate about working with mission-driven organizations and, in her personal time, serves on the advisory board of the Dana-Farber Marathon Challenge Team. Katie holds a B.A. in government from Colby College and an MBA from the University of Colorado at Boulder. 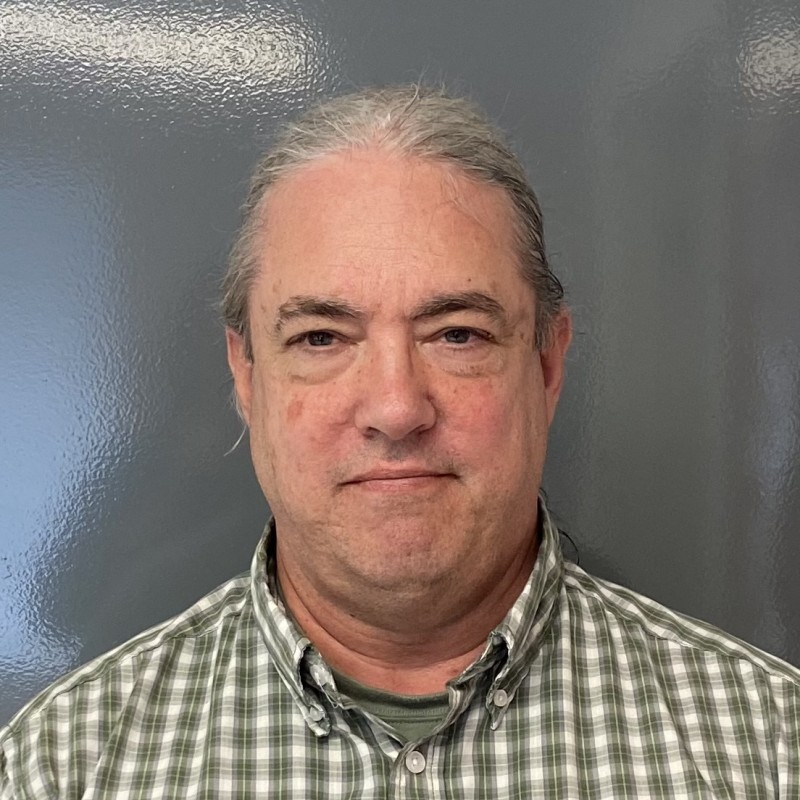 Jeff serves as a Program and Project Consultant for MCAAD’s Operations team.  Prior to joining MCAAD, he had a 37-year career in the Financial Services Industry in the U.S., U.K, Europe and Hong Kong, culminating in roles as the Chief Operating Officer of a corporate legal department and Chief Administrative Officer of Compliance and Risk Management.  He oversaw finance, budgeting, business planning and outside counsel relations, as well as process and technology projects.  He regularly engaged C-suite and Board level management.