Her newest film, A MOST BEAUTIFUL THING, chronicles the first African American high school rowing team in this country (made up of young men, many of whom were in rival gangs from the West Side of Chicago), all coming together to row in the same boat. The film is narrated by the Academy-Award/Grammy-winning artist, Common; executive-produced by NBA stars Grant Hill and Dwyane Wade along with Grammy-award winning producer 9th Wonder; and directed by Mazzio herself.

Mazzio, formerly a partner with the law firm of Brown Rudnick in Boston, has served on several boards of directors including Shackleton Schools, Sojourner House, The Boston Youth Symphony Orchestras, The Head of the Charles Regatta, The National Rowing Foundation, and World T.E.A.M Sports (supporting disabled athletes). She has also served as a judge for the Sports Emmys.

Mary is a graduate of Mount Holyoke College and Georgetown Law School. 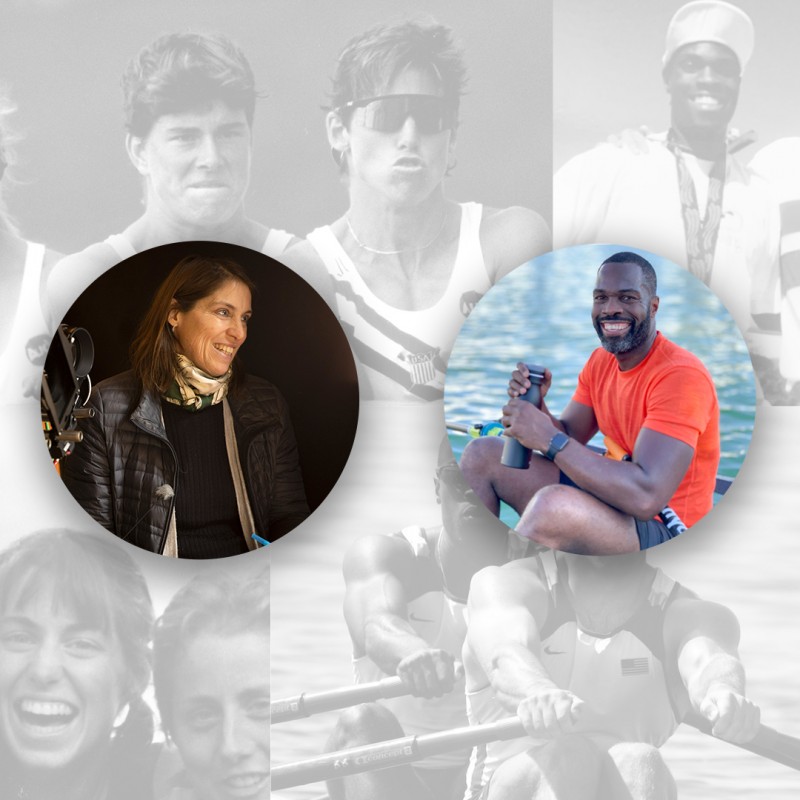 A Conversation with Olympians Mary Mazzio and Aquil Abdullah