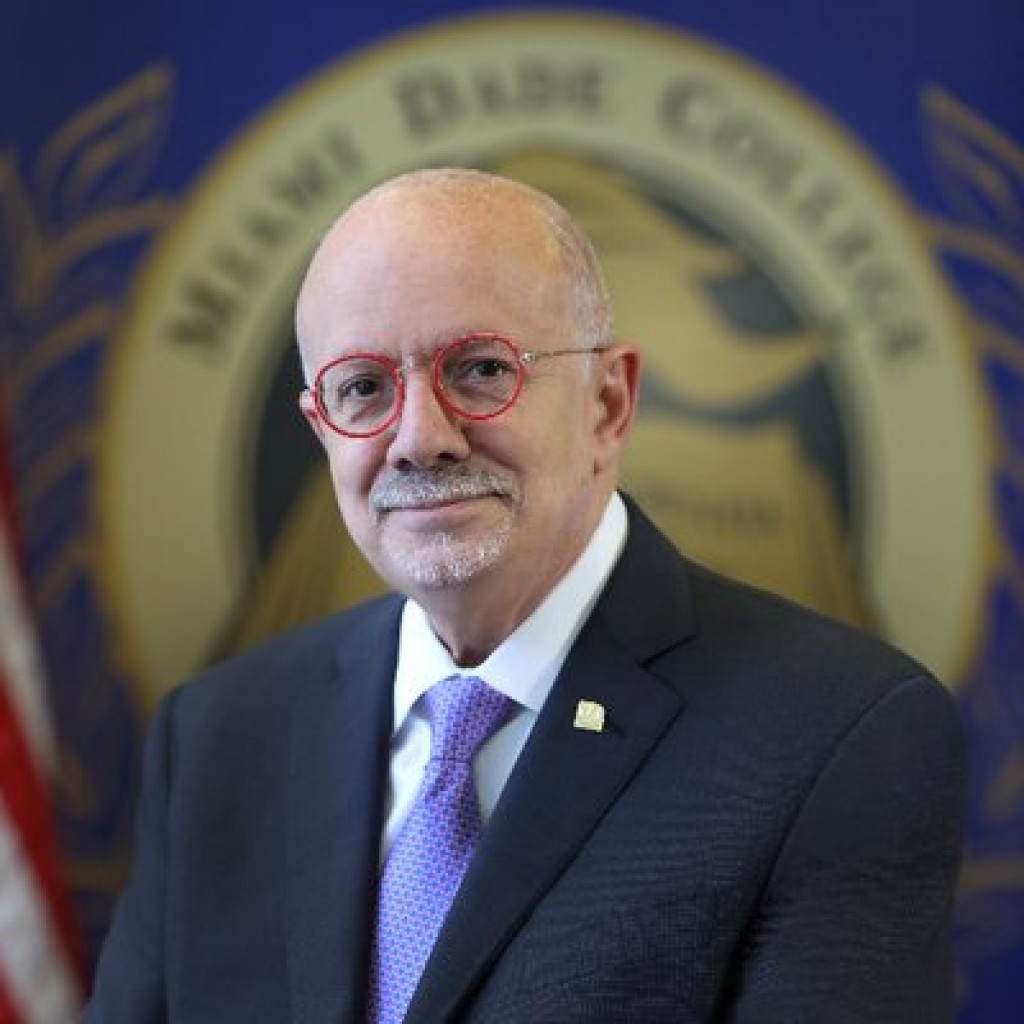 An American by choice, Dr. Eduardo J. Padrón arrived in the United States as a refugee at the age of 15. From 1995 until 2019, he served as president of Miami Dade College, a national model of student achievement and the largest degree-granting institution in America.

In 2016, President Barack Obama awarded Dr. Padrón the Presidential Medal of Freedom, the highest civilian honor in the U.S., for being a prominent national voice for access and inclusion in higher education. In 2009, Time magazine included him among the “10 Best College Presidents” in the United States; in 2010, Florida Trend magazine named him “Floridian of the Year”; and in 2011, The Washington Post recognized him as one of the eight most influential college presidents nationwide.

Six American presidents have selected him to serve on posts of national prominence. He serves on the boards of the Council on Foreign Relations, the Urban Institute, the Spencer Foundation, and the Education Trust. He is the past chairman of the Business-Higher Education Forum, the American Council on Education, and the Association of American Colleges and Universities.

Dr. Padrón is widely recognized as one of the top educational leaders in the world. He is the recipient of the Carnegie Corporation’s Centennial Academic Leadership Award, the National Citizen Service Award from Voices for National Service, and the Hesburgh Award, the highest honor in U.S. higher education. He is an Ascend Fellow at the Aspen Institute and a fellow of the American Academy of Arts and Sciences. He’s the recipient of over fifteen honorary doctorate degrees.

Dr. Padrón earned his PhD degree in Economics from the University of Florida.