What Came Before: A Look at the Original Bank Buildings

The banking roots of the Milken Center for Advancing the American Dream’s Visitor Center location run deep. As we have previously discussed in our Building the Dream series, our buildings were originally home to the Riggs National Bank and the American Security and Trust Company, built in 1899 and 1904, respectively. If we look back even further than the construction of these buildings, we will find another historic bank occupied the northwest corner of 15th and Pennsylvania Avenue – the Second Bank of the United States.

Fig. 1 The Second Bank of the United States building in Philadelphia, PA is now managed by the National Park Service and serves as exhibit space.

In 1824, the Second Bank of the United States built its Washington, DC branch at what is now 1501 Pennsylvania Avenue. A strong contrast to the subsequent bold neoclassical style, the buildings were relatively simple, and could have been mistaken for a home rather than a bank. In 1857, author Mary Jane Windle wrote of a “modest, unassuming structure:”

“The stranger visiting our city, when on his way to the Executive mansion, will observe on the corner of Fifteenth Street below President Square, a plain two-story building with a pointed roof, —a fine specimen of old-school architecture,—with a quaint air of respectability about its plainness. The house is stuccoed with a plain lead-color, and for years has not varied so much as the changing of the green blinds of the quaintly-shaped windows.” 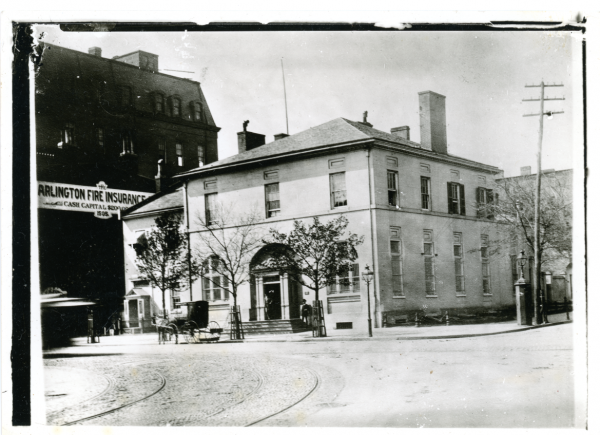 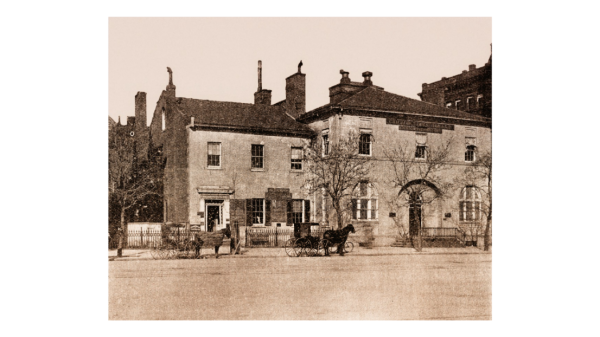 Fig. 3 The Riggs Bank buildings, ca. 1890s Other businesses, such as commercial firms and newspapers, rented space in the buildings.

The Second Bank was a hot button issue of the era—its opponents, including President Andrew Jackson, did not want a private company to have such significant power in the country. President Jackson believed the national bank infringed upon states’ rights, and argued it was unconstitutional because the Constitution did not give Congress explicit power to create a national bank. He also felt the bank was elitist and undemocratic, favoring rich, powerful Americans and foreign nationals who owned stock in the bank over every day farmers and laborers. In what is now referred to as the Bank Wars, the Second Bank’s supporters in Congress passed a bill in 1832 renewing the bank’s charter, which President Jackson swiftly vetoed.  The following year, President Jackson called for federal funds in the bank withdrawn and redistributed to state banks. After this, the bank charter was never renewed, forcing the end of the Second Bank and its branches. The DC branch closed in 1838.

About seven years later, Corcoran & Riggs – the first iteration of Riggs National Bank – purchased the former bank branch’s assets, including the building, the cashier house next door, and its vault. 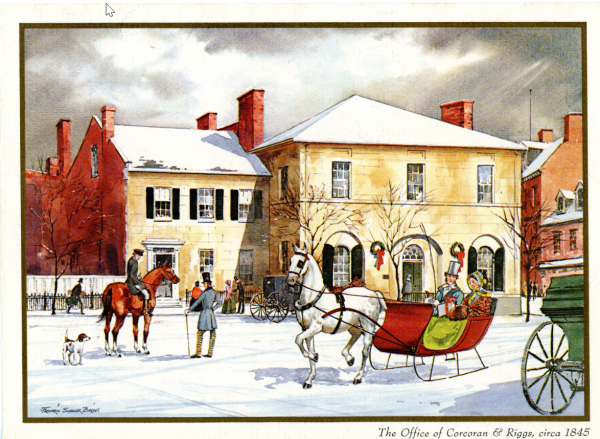 Fig. 4 A painting of the buildings around the time Corcoran & Riggs purchased them.

These buildings witnessed Corcoran & Riggs expand and become a powerhouse bank in DC, serving well-known clients, including President Lincoln and 22 other presidents. (The bank’s close proximity to the White House made it an ideal bank for the Commanders in Chief). The buildings stood until the turn of the century, when the newly re-chartered Riggs National Bank built a new headquarters. The cashier’s house was demolished in 1898. In its place, architects York and Sawyer designed the new building in a neoclassical revival style (think: Greek temple) to signify the bank’s important status in the financial realm, and to underscore its close ties to the U.S. Department of the Treasury, which is located across the street and employs a similar façade. The neoclassical revival style became a popular architectural choice for banks at the beginning of the 20th century.

The former bank branch of the Second Bank of the United States, which was purchased by the American Security and Trust Company from Riggs National Bank, was demolished in 1904. Shortly thereafter, York and Sawyer built a neoclassical building for American Security and Trust at the same site and attached it to Riggs National Bank. This building is part of our Visitor Center as well. 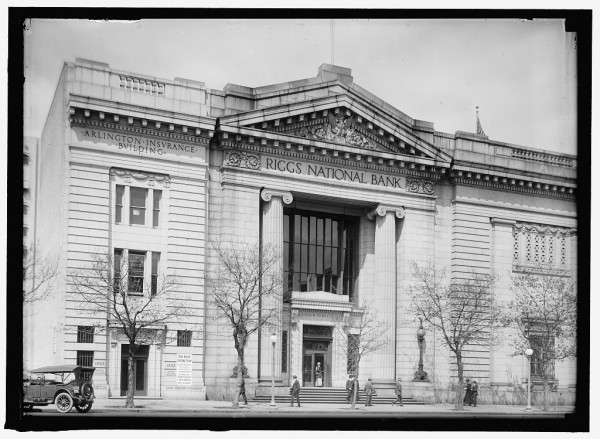 We will preserve 15th and Pennsylvania’s long history of banking by continuing to tell its story, and by incorporating banking artifacts and architecture throughout our Visitor Center. If you’re interested in learning more about our building preservation efforts and other parts of our historic neighborhood, please visit our Building the Dream webpage.

For more information, check out:

Mary J. Windle, Life in Washington, and Life Here and There