A Purse of Her Own: The Development of Women’s Banking Spaces

The late 19th century marked a period of great change for the expansion of women’s personal freedoms. Financial institutions of the time, including our headquarters of Riggs Bank, played a role in supporting the expansion of women’s privileges within the public sector through financial opportunity. “Ladies Departments” were often created for women to use for their own banking needs, such as opening accounts and taking out loans, though were limited in practice to white middle- or upper-class women.  As banks expanded their female clientele, Riggs gained a number of noteworthy clients, including suffragist Susan B. Anthony and Red Cross founder Clara Barton. Anthony noted the importance of financial autonomy in her diary in 1853, saying

“Woman must have a purse of her own, & how can this be, so long as the wife is denied the right to her individual and joint earnings.  Reflections like these, caused me to see and really feel that there was no true freedom for woman without the possession of all her property rights.” 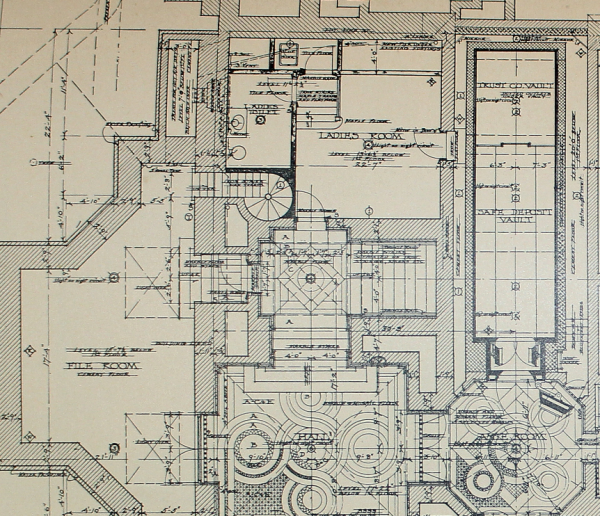 As we continue renovations of our historic bank buildings on Pennsylvania Avenue, we have found physical evidence of this expansion of banking opportunity for women through the inclusion of a “Ladies Lounge” in what would have been the American Securities & Trust building. By the early 20th Century, many banks had created spaces like the lounge which served as a place for women to sit comfortably while their companions conducted business with the bank, as well as a space to conduct their own business once the Ladies Department was established. In 1862, California became the first state to allow women to open a bank account under their own name, regardless of whether or not they were married. Riggs Bank even defended their decision to support women banking within their institution when in 1915, the government accused them of over-lending to women. Riggs, in response, stated that “In law and in morals (women) have a right to transact their own business[1]." 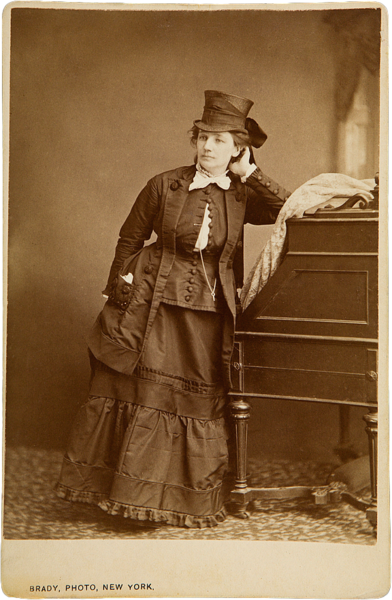 It was during the late 19th Century that women also began to move into careers in banking, a field that was (and is) traditionally male-dominated. Emerging female professionals in the sector such as Victoria Woodhull, who opened her own brokerage firm in 1870, created a precedent for women serving in this profession. During a time when women were beginning to fight for their right to engage in the financial sector, Woodhull cultivated a community for women who were interested in managing their own finances. In doing so, she also created a space for women to feel safe and supported while they worked to become financially literate. Another early figure in women in finance is Maggie L. Walker who founded the first and only bank run by Black women, St. Luke Penny Savings Bank, created specifically to serve the economic needs of African Americans often not met by existing white bankers. 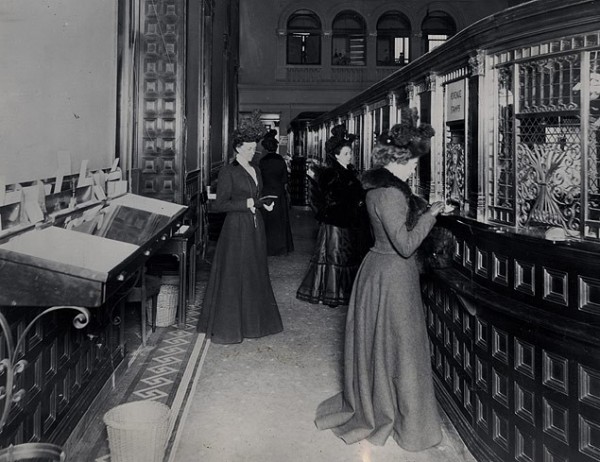 Figure 3. Fifth Avenue Bank in New York in 1900, showing a special row of tellers for women

Ladies Departments played an important role in women’s autonomy as a representation of the kinds of rights and freedoms women were fighting for during this time. Financial institutions like Riggs supported women in becoming financially literate and increasingly independent from their spouses, often providing instructional material and other information to first time account holders. During the late 19th and early 20th century, women were increasingly becoming breadwinners for their families, holding jobs, earning wages, and managing household finances. Policy changes like the 13th Amendment, which made it possible for Black women to earn their own wages, and the Homestead Act, which allowed women to act as the head of a household, expanded opportunity in the eyes of the law, although the application of these changes was often very uneven. By the 1890 Census, one in five women was a wage earner. From this, a need arose for women to have a place to bank. In response, many financial institutions across the country began creating these lounges for women within their existing banks, like the one in the American Securities and Trust building. In most cases, these departments were in a physically separate location from the main banking hall and were staffed entirely by women. The goal of these spaces was to ensure that women felt comfortable and supported as they opened bank accounts, and to provide opportunities for education about money management.

Though now a thing of the past, the creation of Ladies Departments and women-only lounges marks an early attempt to create a space for women to promote a kind of “financial-confidence.” Even today, this remains a goal of many financial institutions. According to a survey conducted by Allianz in 2019, 57% of women wished they felt more confident in their financial decision making. The early advocacy of institutions such as Riggs Bank, who aimed to include women and ensure that they had the resources and support they needed to become financially independent is work that remains crucial in the continued effort to support women as they engage with financial institutions and the services these institutions offer.

To learn more, check out these resources:

[1] “The Bank of Presidents.” PNC. https://www.pnc.com/en/about-pnc/topics/pnc-pov/community/pnc-pov-bank-of-presidents.html.