Boasting what was determined to be one of the best examples of Classical Revival architecture in the D.C. area, the Riggs Bank building at 1503 Pennsylvania Avenue NW became a hallmark of the design style that characterized banking halls in the mid-to-late 1800s. It was officially declared a “landmark” by the Joint Committee on Landmarks in the 1960s. Soon after, in 1973, this building was also added to the National Register of Historic Places. Though the Riggs Bank building was mainly landmarked due to its architectural style and proximity to the White House and Treasury building, its interior space has much to offer as a site deeply enriched with its own unique history.

Landmarks are an important way for our national and local communities to identify and protect historically significant properties.  Landmarking properties allows the government to better locate and protect key spaces so that they may be preserved for future generations. Buildings are selected as landmarks for their ability to illustrate and narrate American heritage; though often historic buildings, archaeological sites, districts and other non-building structures may be deemed nationally significant and landmarked as well. 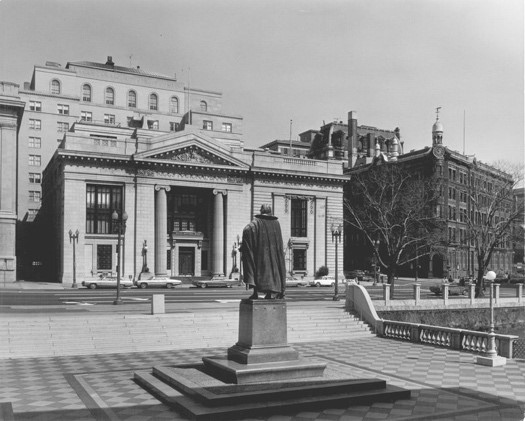 Located across from the United States Treasury Department Building in the Washington, D.C. Lafayette Square neighborhood, the Riggs Bank building plays a central role in the aesthetic appearance of the Fifteenth Street Financial Historic District. With its stately, iconic columned portico and textbook example of the refined neoclassical style (originally suggested for adoption across DC by a District of Columbia urban design commission in 1902) the Joint Committee on Landmarks found that the building “contribute[d] to the cultural heritage and visual beauty of the District of Columbia.” 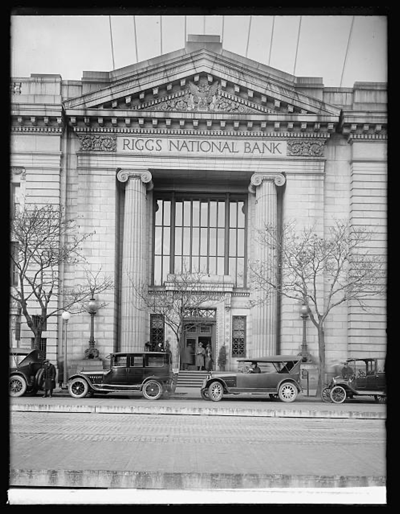 Figure 2. The ionic columns, as shown adorning the entrance to Riggs, provide an example of the kind of features present in neoclassical architecture.

Recognizable by domed or pedimented roofs, tall columns and symmetrical shapes, neoclassical buildings are thought to convey a sense of power and stateliness, which may explain the popularity of the style in bank building design.  Solidity, strength and security, conveyed by the imposing nature of neoclassical design, are admirable qualities in a banking institution accepting deposits of clients’ money.  In 1902, when Senator James McMillan’s Commission presented its plan for improving the appearance and layout of DC, it relied on this neoclassical style to convey a sense of grandeur to those who visited the city. Though McMillan’s plan was not formally adopted, it was slowly implemented by future government officials. The Supreme Court Building, completed in 1935, is another example of this architectural style and of the influence McMillan would have on the future design of DC.

While reviewing the proposal to landmark the Riggs Bank building, the Joint Committee provided cited the building’s location across from the United States Department of the Treasury as being particularly compelling justification. Riggs Bank was deeply connected to the US Treasury from the start, supporting efforts to finance American ventures such as the Alaska Purchase. In this, Riggs carved out a place for itself in history as a financial institution supporting the expansion (and on occasion the wars) of the United States. 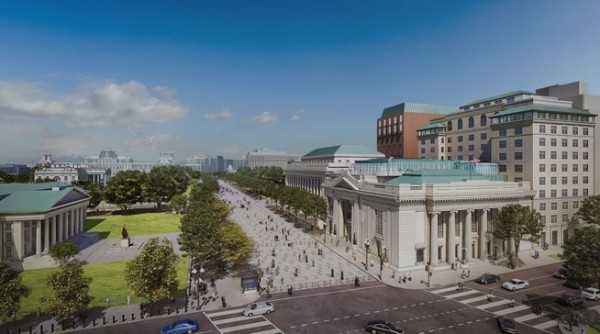 Figure 3. A rendering of the completed Milken Center for Advancing the American Dream.

The story of 1503-1505 Pennsylvania Avenue will continue to be written as it becomes home to the Milken Center for Advancing the American Dream. The rendering shows a modern glass 6th floor, but the Center will also faithfully preserve these landmarked structures and is giving close attention to restoring certain spaces in the buildings to their stunning past selves. In doing so, we hope to allow visitors a glimpse at how the building’s architecture functioned to create a unique experience for those who banked here. Visitors will engage with this space and its programming, which aim to provide inspiration and promote a sense of innovation, and we can only imagine how this landmark’s legacy will encourage new generations to create their own.

You can learn more from the resources below.